Join us in partnership with the Village Legacy Project and Celebrate Canada in discovering the history of Ottawa’s 2SLGBTQ+ community through the VLP’s interactive walking tour. Take the tour along Bank Street and visit sites old and new, explore public art initiatives, see archival photographs and watch interviews from some of our most significant community leaders to learn about the people, places, topics and events that helped shape our community.

We’re honoured to promote their films on topics such as: ‘Lord Organ’, Hate Crimes, EGALE/Equal Marriage, and the ‘We Demand’ movement. The Village Legacy Project is, researched, curated, designed and written by project leader Glenn Crawford, and is made possible by the Bank Street Business Improvement Area, the City of Ottawa, Daily Xtra, Swirl and Twirl and other sponsors, volunteers and resources.

We’ll be highlighting a video each day next week in preparation for our own Queer History Documentary debut. Watch the following videos by clicking the links below!

Trigger warning: Some of the listed videos and descriptions depict violence, abuse, suicide, murder, homophobia, transphobia and other subject matters that may be triggering to some individuals.

Disclaimer: All materials presented below belong rightfully to the Village Legacy Project (VLP). CCGSD does not own any of the following videos, descriptions, or photos. Please see the VLP’s website for more information and resources. 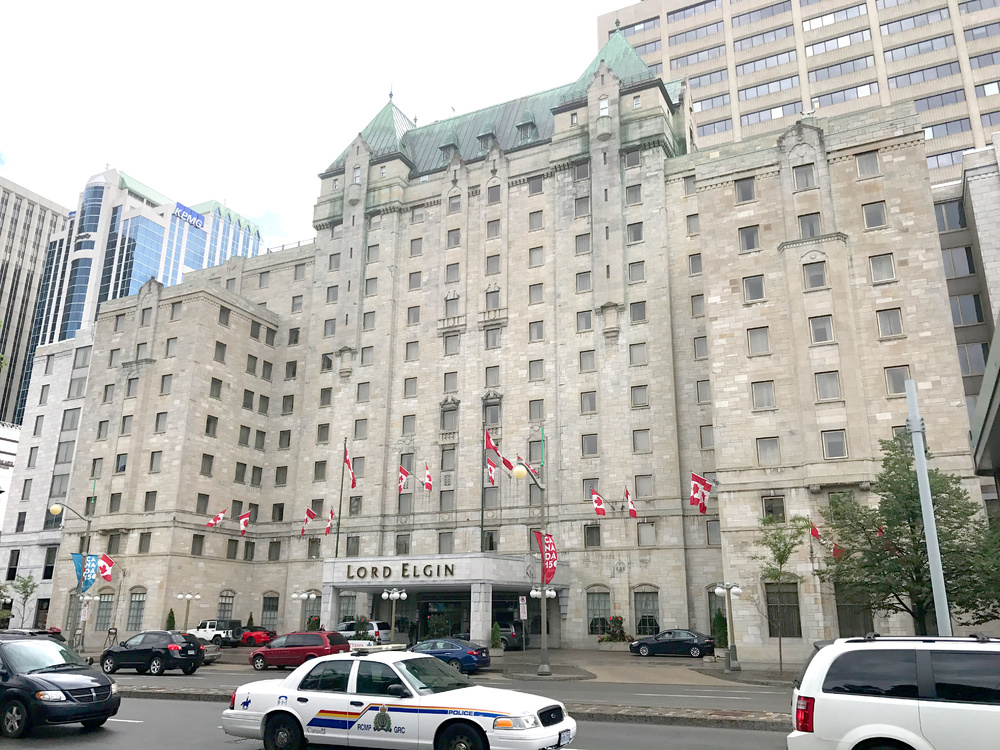 The Lord Elgin’s queer history is legendary and starts virtually at its opening in 1941. Located near the drill hall, it became a natural space for closeted gay and bisexual men, especially those working in the government, to meet here.

In the 50s and 60s, a thriving underground gay scene was happening right in the heart of downtown, centred around Parliament, Union Station, the Honeydew, the Grand Hotel, Major’s Hill Park, Mackenzie Street and the LE.

The downstairs tavern, called Pick’s Place, was the more happening space. It was less formal and cruising was quite popular, especially in the washrooms. The clientele lobbied and got a jukebox, which was often lowered by management to the customers’ annoyance. Some people remember the rules being fairly strict regarding moving drinks from table to table, which technically was the law at the time,

but was probably was used to discourage flirting and mingling in general.

On the first floor was another bar, called the ‘library’ by some because of its more posh surroundings. Here you had to be more formally attired, so in the early days, it was a way for the classes not to mix as much.

During the cold war ‘witch hunts’ of homosexuals in the civil service, plain-clothed RCMP officers were known to go to Pick’s Place and hide behind newspapers with strategically cut peepholes to take photographs of the customers for identification. Some of the more openly gay men who had nothing to lose were only too glad to mock and humiliate the officers… turning the tables on the spy being spied out.

The LE also became a place for the burgeoning Gays of Ottawa organization to gather after meetings in the early 70s and pass on the information and promote dances. In summer 1975, they tried to discourage gays from going to the bar by barring obviously gay men and imposing a stricter dress code, which led to a boycott for a brief time.

In April 1981, the management had had enough of ‘the gays’ and closed the tavern at 3 pm, only opening for special functions later that day. A couple of the straight bartenders who had grown to love their clients decided to open the 166B around the corner, which ended up being Ottawa’s first official gay bar.

The basement tavern has now been converted into bland meeting rooms, but the history will live on. 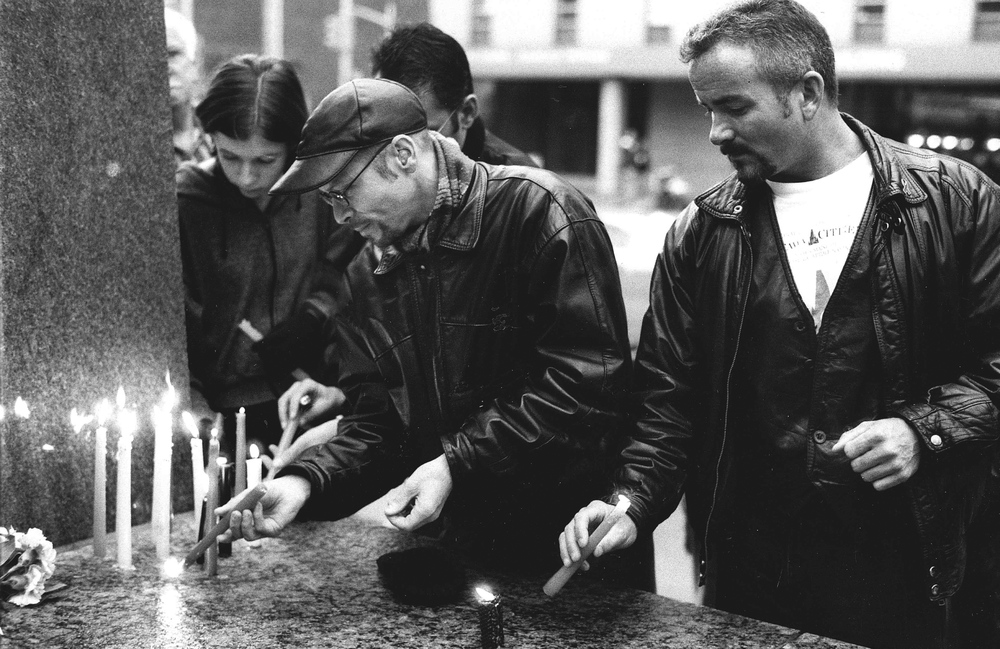 The lesbian, gay, bisexual and transgender community is disproportionally victimized by hate crimes, bullying and assault, sometimes so consistently that the victims feel death is their only escape. While estimates of the 2SLGBTQ+ population in Canada range between 5-10%, 16% of all reported hate crimes are motivated by sexual orientation or gender identity, higher than any other group other than racial and religious minorities.

Two-thirds of all hate crimes against 2SLGBTQ+ persons are violent, often brutally so, and almost 60% of all cases were by young men aged under 25 years. In 2009, a survey found that Canadian 2SLGBTQ+ students are eight times more likely to be bullied or harassed than straight students, and over 70% report feeling unsafe in schools. The queer community in Ottawa has been victim to many hate crimes over the

years. Gay men, in particular, were targeted while cruising in well-known spots like Major’s Hill Park, behind Parliament, near the Germany Embassy, the YMCA on Metcalfe, the Château Laurier and Union Station, among others.

These crimes came to a head in 1989, when there were at least 15 reported incidents of violence, and no doubt many more were unreported, as many men didn’t want to out themselves or deal with a hostile police force. In that year alone, seven people were thrown off the cliffs in Major’s Hill Park, with two dying from the fall. Others were robbed, assaulted or stabbed.

The night on August 21-22 was particularly shocking. A gang of youth assaulted Alain Brosseau on his way home from work, dragged him onto the Alexandra Bridge and dangled him over the edge before dropping him into the river to his death. Their last words to him were “Nice shoes, faggot.” Ironically, he is believed to have been straight, but just the presumption of him being gay was enough.

Later that night, these same gang of youth travelled to the Orleans home of Alain Fortin and Wilfred Gauthier whose address they had when one of them was mugged in the park sometime earlier. They brutally attacked them, men, slashing Gauthier’s throat and stabbing Fortin in the eye. By feigning death, they managed to survive, but one of the men’s body was stuffed into the trunk of a car.

Finally, the police caught on (or could no longer deny) that the gay community was under attack, and slowly, the community educated the police on queer issues and demanded respect, protection, and equal treatment under the law. The Police Liaison Committee was formed as this new partnership was fostered.

Unfortunately, there have been other assaults and deaths that have rocked the community. In 2002, Chris Raynsford was brutally murdered in his own apartment by a man he met online. Michael Marcil, better known as Dixie Landers, fell down a flight of stairs after a brutal assault during a bar fight.

Others have committed suicide due to hateful bullying or homo- and trans-phobia, such as Jamie Hubley in 2011 and Evie in 2017.

Unfortunately, an attempt to list all victims of verbal and physical assault would prove near impossible considering the sheer number of reported cases, often as many as a hundred per year or more, with many more that go unreported. We honour all known or unknown survivors, or those dead because of homophobic or transphobic abuse. 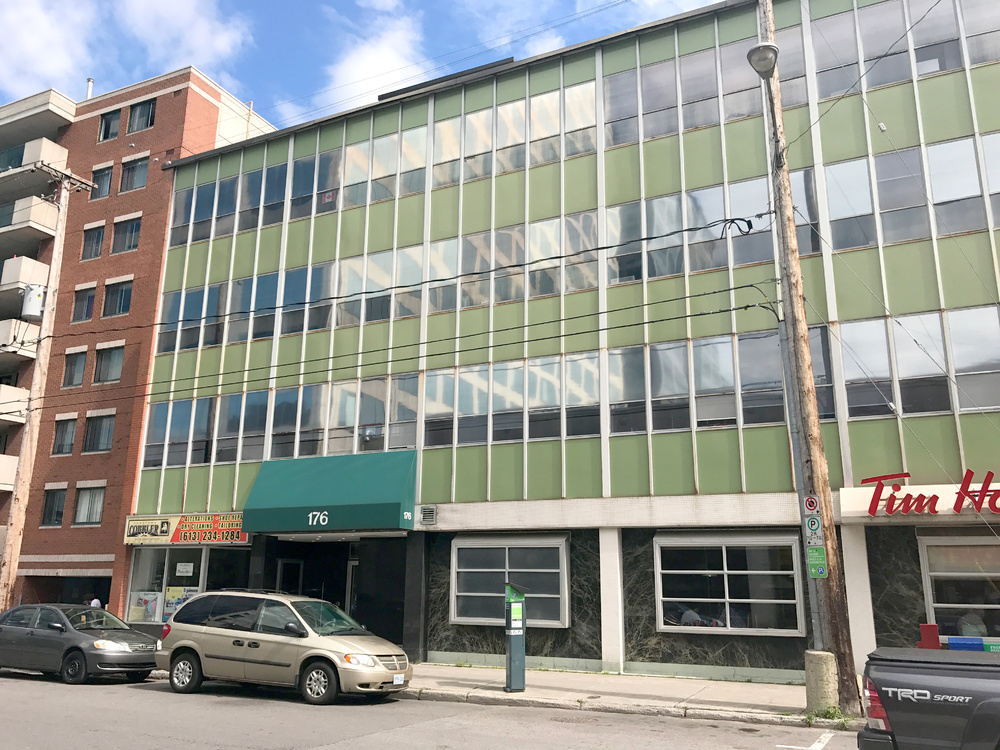 Egale Canada (EGALE was originally was an acronym for Equality for Gays and Lesbians Everywhere) had started in 1985 as a queer civil rights group in the living room of Jamie Robertson. Their main initial goal was to have sexual orientation protected in the Canadian Human Rights Act, which they achieve in 1996.

Early activists included Les McAfee, whom Carmen Paquette describes as a ‘lone wolf’ working primarily out of his living room. The group eventually incorporates in 1995, at which point the focus on gaining equal marriage rights was in full swing.

Although the group has a general focus on education, advocacy, litigation and expert consultation, it becomes primarily seen as the group instrumental, and at times controversially, in working almost exclusively on marriage rights. John Fisher was the executive director from 1994 to 2002 during this critical period of the organization. Equal marriage becomes law across Canada in 2005. Once this happens, the organization implodes somewhat as

it struggles to find a new identity and focus. Helen Kennedy is eventually hired as ED, and the organization moves to Toronto.

Its programs and service now cater to a wide variety of continuing issues within the 2SLGBTQ+ community, including homelessness, bullying and GSAs, homophobic and transphobic violence, and support for youth and two-spirit persons. 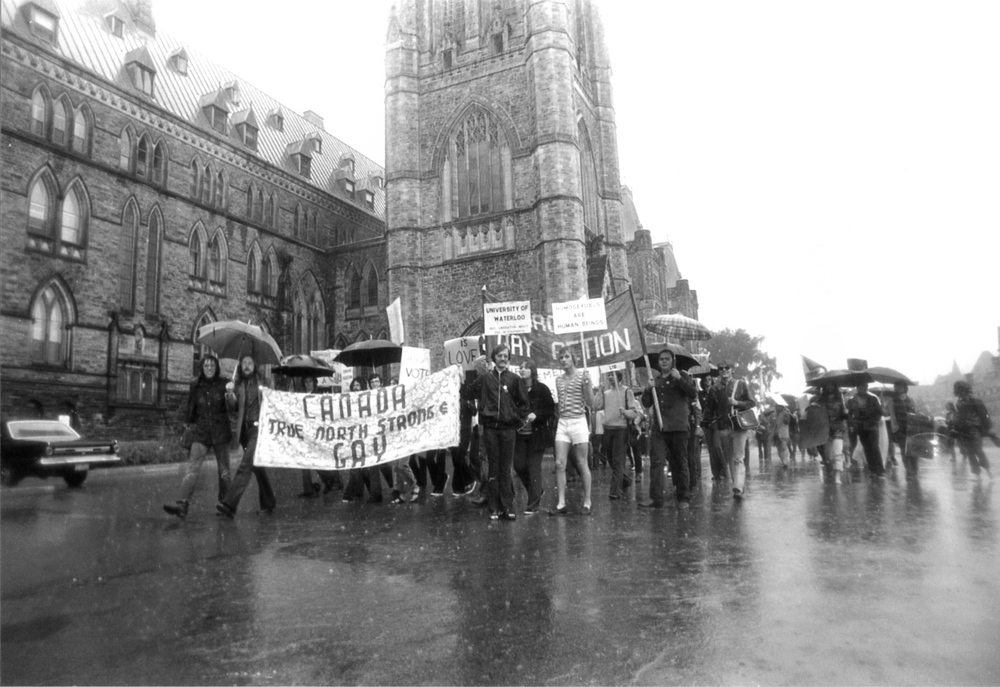 On the corner of Bank and Gilmour Streets, a mural commissioned by the Village Committee was unveiled on the 40th anniversary of the ‘We Demand’ demonstration, the first-ever such protest in Canada for 2SLGBTQ+ rights. It shows a young Charlie Hill speaking under an umbrella as he lists off the ten demands for equal rights and protections for a burgeoning queer community.

But Hill was not one of the intended speakers that day. He filled in because the car that speech co-writer Herb Spiers of Toronto Gay Action was in tipped over in an accident on the way to the demonstration. The other co-writer of the main speech, David Newcome, was at the event but chose not to deliver it himself.

Spiers would later say, “I must say that writing the demands came very easily, partly because that sort of thing is my bent and also because they really wrote

themselves because they were obvious and just.” Charlie Hill read the demands but other speakers included George Hislop and Pat Murphy on behalf of the Community Homophile Association of Toronto (CHAT); Pierre Masson for Montreal’s Front de Libération Homosexual and American activist John Williams. A simultaneous protest was held in Vancouver at the Court House.

Neither Hill nor attendees Peter Maloney or Marie Robertson recalls this being a particularly momentous event at the time and have only vague memories of it. The crowd was small, there were little media and the rain somewhat dampened the spirits of the protesters. Hill felt this was only one of a series of protests he participated in for a variety of causes. Maloney recalled the most memorable event was a couple of men engaging in sex acts on the chartered bus he took from Toronto. Only later, upon reflection, was the event recognized for its significance.

Today, more or less all of the demands have been realized and far faster than anyone would have expected at the time. The brave men and women who dared to declare openly for their rights that day paved the way for all the rights and privileges we now enjoy.

We’ll be debuting our short Queer History documentary from our Commemorate Canada program and edited by Jordan McDonald. We hosted over 30 queer history conferences for youth and gathered stories and interacted with people from across Canada to educate and listen to why 2SLGBTQ+ history matters.