The cultural idea that there are two – and only two – sexes is deeply entrenched in the medical belief system. Medicine still defines binary sex as “normal,” and sees all intersex differences as “disorders” or “abnormal.’ Science, on the other hand, tells us intersex differences are at least as common as red hair or blue eyes, and that they are generally undiagnosed, unsuspected, and unproblematic – and that it is simply not possible to prove anyone is not intersex.

Science tells us it is not possible to know how many people are intersex, because to do so you would need to biopsy every organ and test every cell in their body. Even if you did this, and found no evidence of intersexuality, that would not mean they were not intersex in the past, because, in humans, X and Y chromosomes have been observed to change over time. 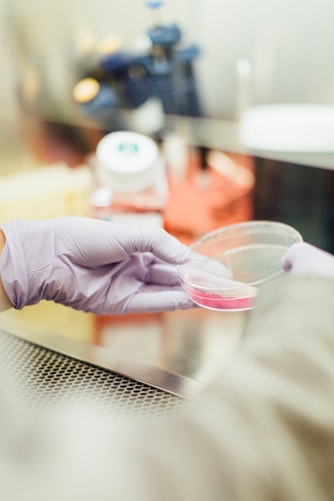 Genes don’t necessarily determine the genital appearance. Genitals are secondary, hormonally-based structures. There are seemingly 100% genetic “males” with normally appearing and functioning women’s bodies, and “normal males” who test as 100% genetically female. Science assumes that these people have more than one cell line, but that this has simply eluded detection, as multiple cell lines are notoriously tricky to track down.

There is a lot that is still unknown about human sex determination. When someone’s genitals don’t look the way our culture prefers, we are only able to figure out why this is so about 20% of the time.  Human sex determination turns out to be a lot more complicated – and a lot more interesting – than medical textbooks have led our doctors to believe.

Despite all the scientific evidence to the contrary, despite all the evidence of harm done, even now, the medical culture’s desire to maintain the fiction that sex is necessarily binary continues, including unconsented sex reassignment surgeries on infants and children, the deliberate withholding of medical information about a person’s intersex difference, and the erasure, shaming and stigmatization of intersex differences.

The rationale for this has been “to prevent suicide,” apparently assuming that to have genitals that do not conform to social expectations is such a social catastrophe that no other course would ever be considered.

We suggest, instead, telling the truth – that binary sex is a cultural fiction to which not all bodies will subscribe. It should not be a matter of secrecy, stigma and shame to be born with genitals that don’t look the way our culture prefers.

Science tells us it is not possible to know how many people are intersex, because to do so you would need to biopsy every organ and test every cell in their body. Even if you did this, and found no evidence of intersexuality, that would not mean they were not intersex in the past, because, in humans, X and Y chromosomes have been observed to change over time.
Return to Intersex Home Page

Science points out there is no particular reason why all genitals need to conform to our cultural preference for binary appearance, and no reason to force everyone’s parts to look the same when it’s perfectly natural that they don’t.

In terms of biology, there is no dividing line between male and female genital forms, although medicine has chosen to create one, a danger zone for genitally non-conforming individuals that is 0.6 cm wide. This is demonstrated in the tongue-in-cheek “Phallometer,” which is based on real medical standards and expectations, with drastic, irreversible surgical consequences for infants born with culturally non-conforming genitals.

The medical world first experimented with “normalizing” genital surgeries on children in the 1950s. The rationale for doing these surgeries on infants and in secret, rather than respecting the bodily autonomy, sexual integrity and human rights of the child, is a long-disproven theory that gender is fluid until the age of two. The belief is that if one surgically changes the sex of a child, and then raises the child in a heteronormative environment, the child won’t know the difference, will develop a sexual attraction for the “opposite” sex to the one they were assigned, and will “know who they are supposed to marry.”

This has not worked out well for those whose bodies were altered in order to stay in line with cultural norms and expectations. The term the intersexed created and use for these surgeries is “intersex genital mutilation,” and the results have been catastrophic – physically and psychosexually.

To surgically rearrange children’s genitals to suit the aesthetic preferences of someone else violates and interferes with the psychosexual development and bodily integrity of those children. Very often, parents of genitally non-conforming children report being pressured to accept this course of action, and that they were made to feel their children were monstrous, or freaks.

These crude attempts to reshape children’s genitals to meet cultural expectations typically tear themselves apart as the child grows, a risk that does not seem to be disclosed by doctors who perform such surgeries. This generally necessitates repeated attempts to fix the botched initial ‘repair’ for a medically non-problematic issue of having genitals that didn’t meet our culture’s rigid and unrealistic expectations for binary appearance.

Doctors typically assign a male sex and gender to a baby, if the baby’s penis looks like it will grow large enough for penetrative (and presumably heteronormative) sex. Otherwise, the standard medical approach is penile amputation, if the organ is culturally undersized or if the organ is culturally oversized for a respectable clitoris. Intersex babies are generally “turned into” females, because, in medical lingo: “it’s easier to make a hole than to build a pole.”

Parents are normally sworn to secrecy about these nonconsensual sex-change operations, thus disrupting trust between parent and child. Or, they may be deliberately misinformed: for example, told that a neonatal normalizing surgery is a “minor correction.” To be lied to about one’s own medical information,  including being denied information about surgical alterations to one’s own gonads and genitals, obviously creates a lifelong exclusion from credible, informed, appropriate care.

Surely, it is not necessary or desirable to surgically enforce genital conformation to societal norms on an entire population. The obvious alternative is respectful truth-telling. Our public health system exists to provide science-based information, choices and health care services, not to police baby’s genitals to make sure they measure up to discriminatory and unrealistic cultural preferences.

Medicine’s refusal to deal honestly or humanely with intersex differences calls into question the basic credibility and competence of our public medical system. Since any one of us could have testicles, ovaries, a uterus or a prostate, or some combination of these – no matter what our genitals or phenotype look like – this affects us all.

Doctors in Canada enjoy special legal protection to alter the genitals of other human beings without their consent, in order to create “normal sexual appearance.” This exclusion is made in order that doctors should not face consequences for what would in any other circumstance be recognized as aggravated assault.

The problem with this is, of course, that “normal” is a purely subjective term, resting in the eyes of the beholder, based on the expectations and preferences of our culture. The reality is that the entire spectrum of genital forms is populated, from binary end to end. There is no “normal.”  There is only “preferred.” Thus, our doctors surgically enforce their medical culture’s preference for binary-looking genitals.

It’s not going too far to call this systematized, legalized discrimination – even persecution.  Medicine’s approach has been remarkably successful at erasing from our culture’s awareness even the fact that intersex people exist.

The United Nations Human Rights Commission has come right out and stated that intersex genital mutilation contravenes international agreements against torture, and that these surgeries constitute gross violations of one’s human rights and bodily autonomy.