Indigenous languages recognize gender states not even named in English, by Angela Sterritt, Globe and Mail, March 10, 2016. Article about Indigenous gender-role fluidity, and the role of Indigenous languages in recognizing the wide range of possibilities.  https://beta.theglobeandmail.com/life/health-and-fitness/health/indigenous-languages-recognize-gender-states-not-even-named-in-english/article29130778/?ref=http%3A%2F%2Fwww.theglobeandmail.com&service=mobile

*Please note that not all indigenous cultures are monolithic and that there are a variety of interpretations and roles that different genders fill beyond the colonial understanding.

The Agony of Lost Identity, Intersex People in Nigeria, https://www.youtube.com/watch?v=s_vvQLJgMIQ An 8-minute video about intersex people in Nigeria, their non-existent legal status and other challenges.

yin-yang ren: a Chinese term which may refer to both intersex or transgender people.

Guevedoces is an accepted and normalized intersex variation seen in the Dominican Republic. It is often translated as “Boy at 12,” because that is the age at which children presumed to be female will begin to develop male secondary sex characteristics and are then fully accepted as male in that culture.

Guevote: The Way I Feel Is The Way I Am – a film directed by Rolando Sanchez about thirty-eight machi-embra (intersex) people in the Dominican Republic and the way in which their families, partners and other villagers respond to them. The film appears to have been produced in response to earlier research: Julliane Imperato-McGinley et al, ‘Androgens and the Evolution of Male Gender Identity Among Male Psuedo-Hermaphrodites’, New England Journal of Medicine, No 300, 1979. Article citing film at: https://newint.org/features/1998/04/05/trans/

The androgynos is one of the six sexes in the Talmud, Mishnah and other rabbinic texts. The notion of androgynos is one who is intersex or someone displaying both male and female characteristics.  See the Jewish Encyclopedia: http://www.jewishencyclopedia.com/articles/1508-androgynos-hermaphrodite, wherein it is suggested that Adam had both sexes (paragraph 2).

The notion of Tumtum, one whose gender is unknown because their genitalia is covered or hidden. This article on Wikipedia: https://en.wikipedia.org/wiki/Tumtum_(Judaism)

A discussion of the differences between Tumtum and androgynos, and the kosher approach to each: http://www.daat.ac.il/daat/english/journal/cohen-1.htm

“Both the Talmud and the Tosefta, the Jewish books of law, list extensive regulations for people of mixed sex. The Tosefta expressly forbids hermaphrodites to inherit their fathers’ estates (like daughters), to seclude themselves with women (like sons) or to shave (like men). When hermaphrodites menstruate they must be isolated from men (like women); they are disqualified from serving as witnesses or as priests (like women), but the laws of pederasty apply to them.” – The Five Sexes: Why Male and Female and Not Enough, by Anne Fausto-Sterling, The Sciences, March/April 1993, pp. 20-24.

Hapi was the god of the annual flooding of the Nile in ancient Egyptian religion. The flood deposited rich silt (fertile soil) on the river’s banks, allowing the Egyptians to grow crops. Hapi was greatly celebrated among the Egyptians. Some of the titles of Hapi were, Lord of the Fish and Birds of the Marshes and Lord of the River Bringing Vegetation. Hapi is typically depicted as an intersex person with a large belly and pendulous breasts, wearing a loincloth and ceremonial false beard. https://traveltoeat.com/hapi-egyptian-god-of-the-nile-flood/ 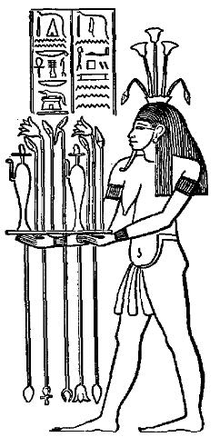 Freaks: Myths and Images of the Second Self, by Leslie Fielder, New York: Simon & Schuster, 1978. late Dionysus. Earliest Dionysus portrayed him as a mature man, but the later cult shows him as a beardless, sensuous, naked or half-naked androgynous youth: the literature describes him as womanly or “man-womanish”.  Otto, Walter F. (1995). Dionysus Myth and Cult. Indiana University Press. ISBN 0-253-20891-2.

Agdistis, a deity of Greek, Roman, and Anatolian mythology, possessing both male and female sexual organs and connected with the Phrygian workshop of Attis and Cybele. Their androgyny was seen as symbolic of wild and uncontrollable nature. It was this trait that was threatening to the gods and ultimately led to their destruction. See http://www.mlahanas.de/Greeks/Mythology/Agdistis.html and http://www.theoi.com/Phrygios/Agdistis.html

“European Mysticism/Alchemy: The Rebis… is sometimes described as the divine hermaphrodite…”  From:  https://www.thoughtco.com/rebis-from-theoria-philosophiae-hermeticae-95751

The Norse god Odin shapeshifted into the form of a woman for one year, during which time he had an affair with Loki. 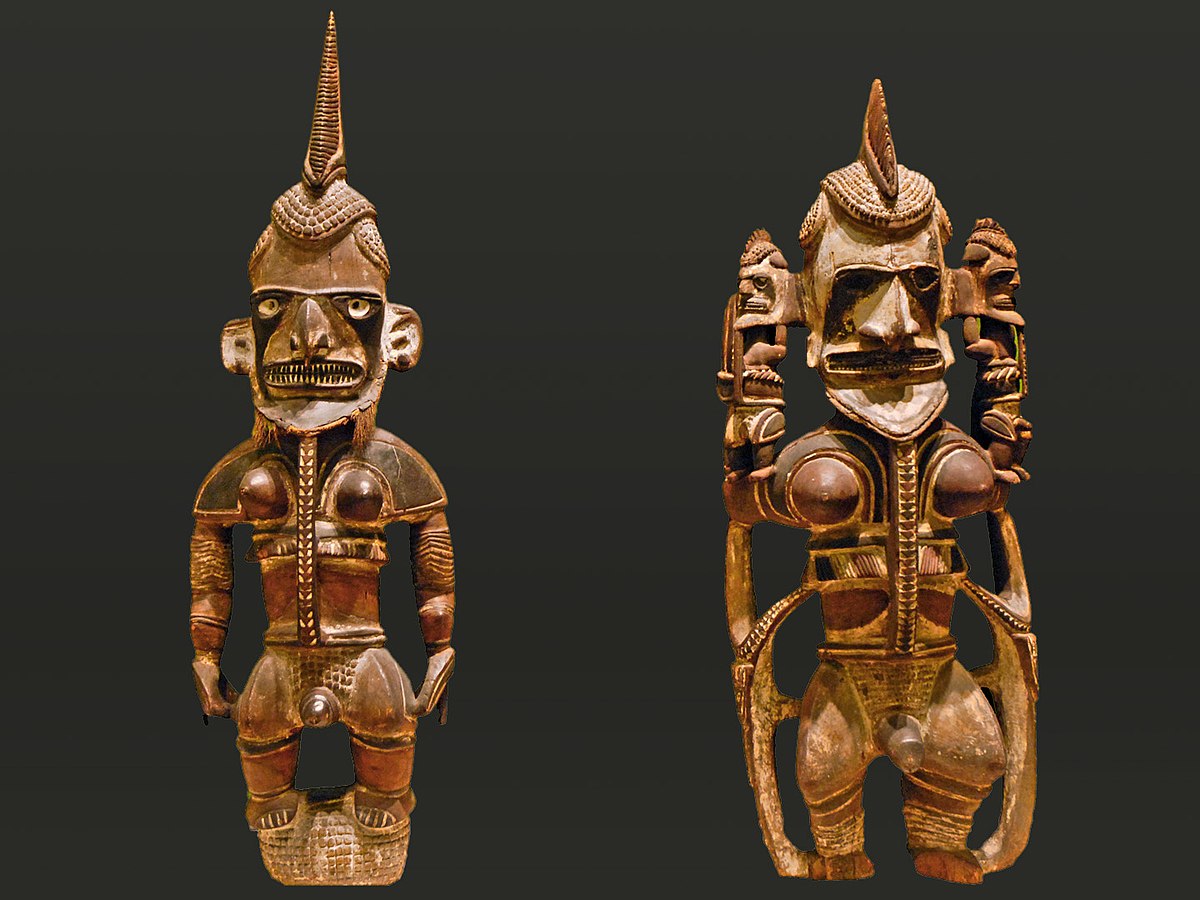 Ardhanarishvara, who is a composite androgynous form of the Hindu God Shiva and His consort Parvati. See Wikipedia entry: https://en.wikipedia.org/wiki/Ardhanarishvara

Vaikuntha-Kamalaja (or Lakshmi-Narayana) is a composite androgynous form of the Hindu god Vishnu and his consort Lakshmi. Though inspired by the much more popular Ardhanarishvara form of the god Shiva, Vaikuntha-Kamalaja is a rare form, mostly restricted to Nepal and the Kashmir region of India. See Wikipedia entry and links: https://en.wikipedia.org/wiki/Vaikuntha_Kamalaja

Hijra, people from northern India who live neither as men nor women. See http://www.encyclopedia.com/philosophy-and-religion/islam/islam/hijra  See also this British perspective in an article from the Daily Mail: http://www.dailymail.co.uk/news/article-2852834/Hidden-world-hijras-Inside-India-s-4-000-year-old-transgender-community-religious-respect-doesn-t-protect-modern-day-discrimination.html

They have officially 3 sexes, male, female and hermaphrodite.

“These eleven essays in history and anthropology offer a novel perspective on these debates by questioning the place of sexual dimorphism in culture and history. They propose a new role for the study of alternative sex and gender systems in cultural science, as a means of critiquing thinking that privileges standard male/female gender distinctions and rejects the natural basis of other forms of sexuality.

The essays cover a wide range of times and cultures, starting in the Byzantine Empire and moving eclectically forward, with a special focus on the seventeenth through nineteenth centuries. The anthropological studies include the Native American berdache, the Indian Hijras caste, hermaphrodites in Melanesia, third genders in Indonesia and the Balkans, and transsexuals in America.”